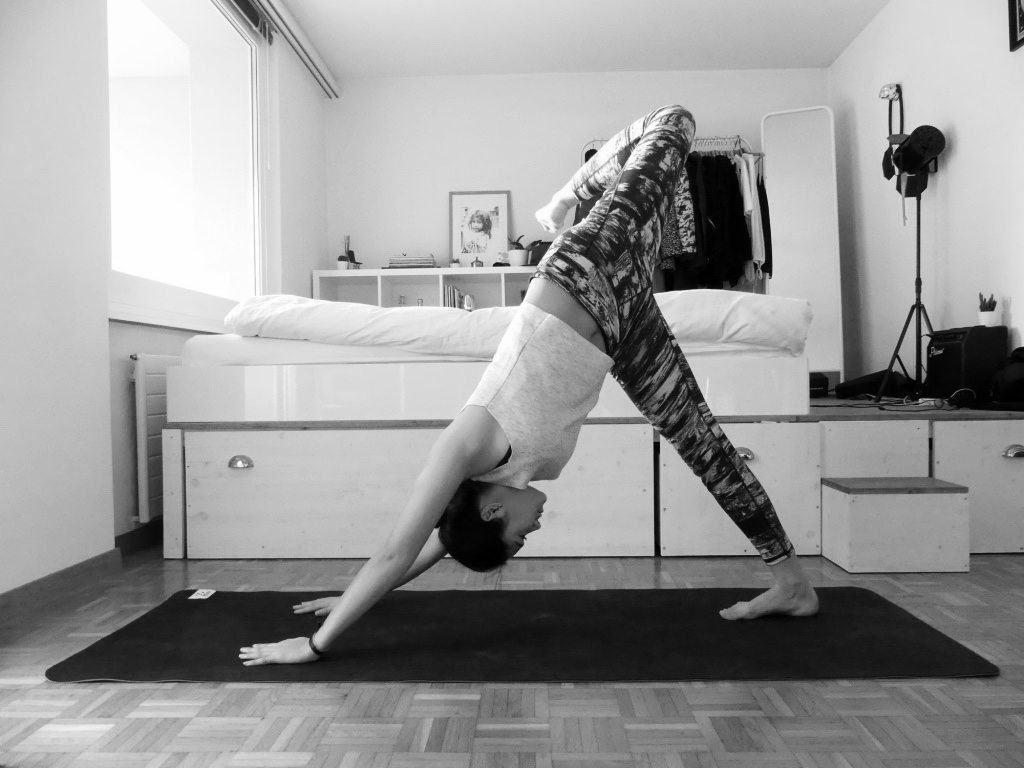 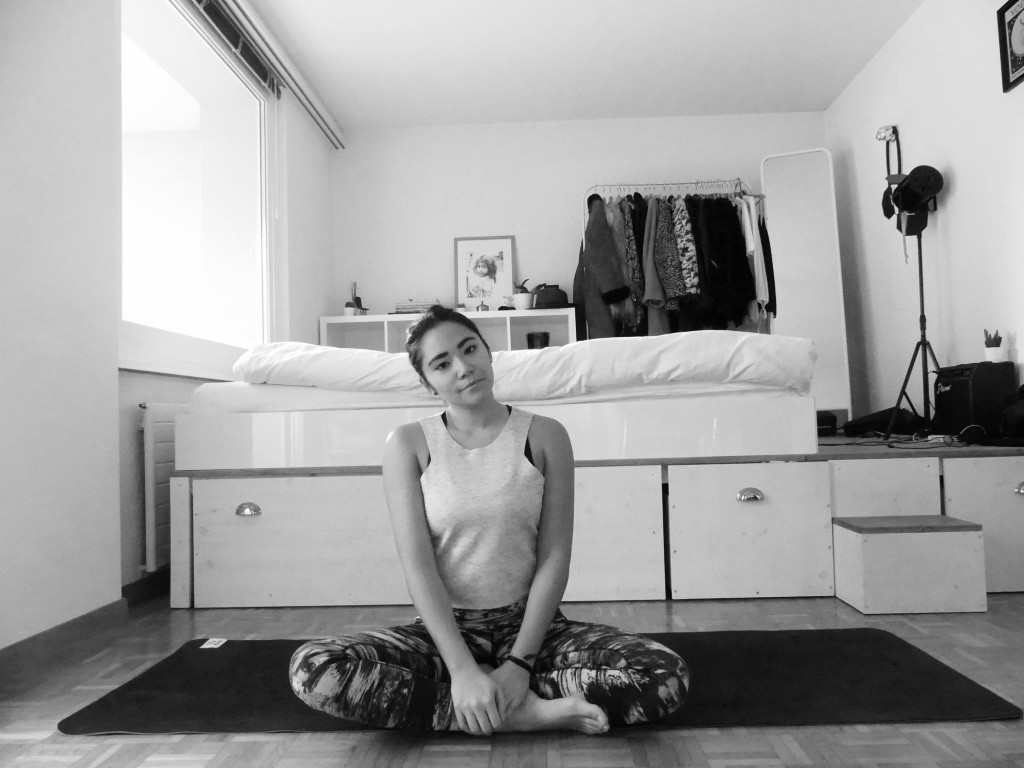 It all started five years ago when I left for New York for the second time. I took a gap year between my high school diploma and the beginning of the university. I lived in Brooklyn for half a year, discovered any corners from the city and met some incredible people. Next to this amazing live I started practicing some yoga. But not any kind of yoga, I practiced some Bikram Yoga, also known under Hot Yoga. You might know what Bikram is, but in case not, it is basically practicing every time for 90 minutes the same postures and exercises in a room heated up to 40 degrees. I know what you are thinking, OMG why would you do that?! Sincerely, I wanted to try once (at least) in New York, cause it comes from there. At the time I was reading those Gossip Girls books, in which one of the girl that Dan Humphrey was dating, was practicing some Bikram yoga… aahahha I know how ridiculous? (I was 19 years old #sorrynotsorry).

Anyway, so one day I went to Bikram Yoga Union Square entered the building with three friends and we were there to try out. I remembered being really excited but also, wondering what would  happened to us..? The class was hard, the heat was killing me, and the postures were super duper hard. I was kinda flexible, but not really to be honest. All I was waiting for was the teacher to say “party time”, which would mean that we could take a break and drink our bottle of water. I wanted to drink it all, I was dying but I was not the only one. It was very strict. Silent. I felt this strange feeling of being so focus, forgot the rest. I was just there, in that moment. And I loved it!

Even though it was harder than expected and a lot more sweat than expecting (opss), I felt so good after the class. I took a shower and even on my way home in the subway I was sweating, no matter the weather it would be. I showed up the next week, alone. My friends never came again, and I practiced it for five months. It was great and I missed it a lot. When I came back to Switzerland, you would have to go to Zürich or Geneva to get access to a place where bikram yoga was offered. I started studying at the uni and started practicing Vinyasa, Hata and Power yoga at the sport center, offered by the university. I have not done any hot yoga since I was in New York. I still miss it, but you can imagine that in Switzerland it is quite expensive… Maybe next week I could take a class again…

What I wanted to share is that yoga helps me so much. I feel incredible after any practice. Recently, I started with a yoga morning routine. I follow some professional teachers on youtube (you can find them on my youtube channel here). Of course, I know the basis and I know my limits as well, which is very important. I do almost every week days, 10 to 15 minutes yoga. It is enough to wake up well and get your day starting. I saw some changes. I usually are really tired and cold when I woke up. But yoga helps me to warm my body up and I my sleepy face changes into a happier place. My day is way easier, my mind and my body are totally awake, ready to kick off each day. It is the best way to start the day. I have some pictures of my look and the postures while practicing Vinyasa Yoga. Please, note that I know my level, and don’t push yourself when you have never done some yoga before.

Top: Zara (not for sport but who cares?) 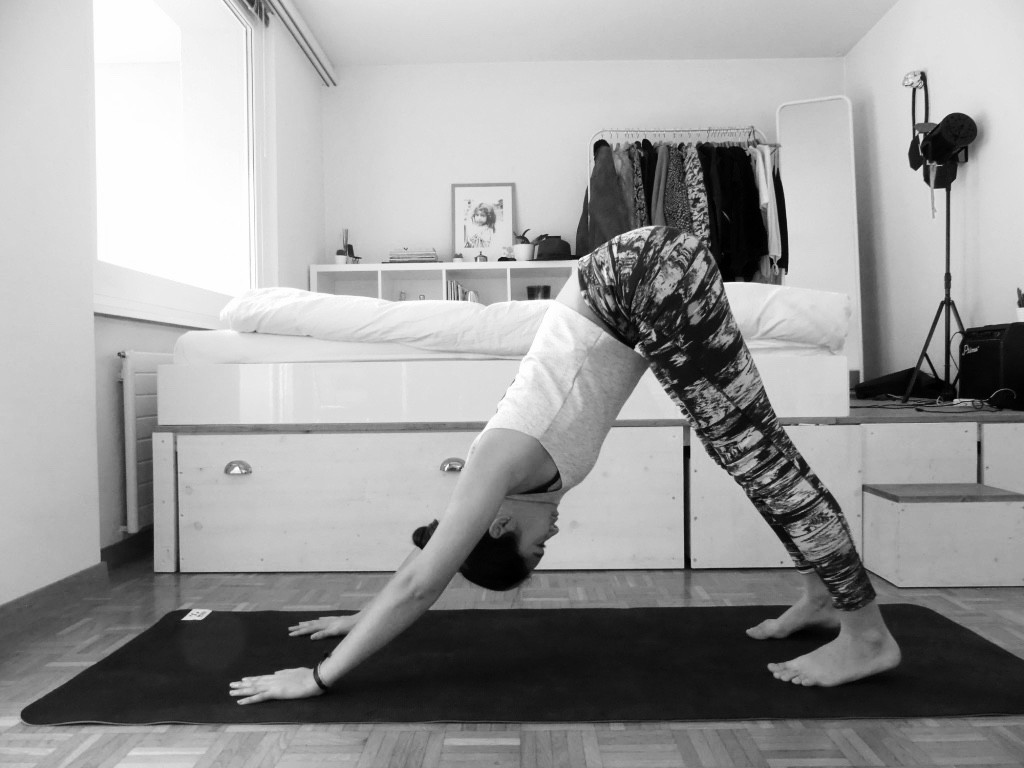 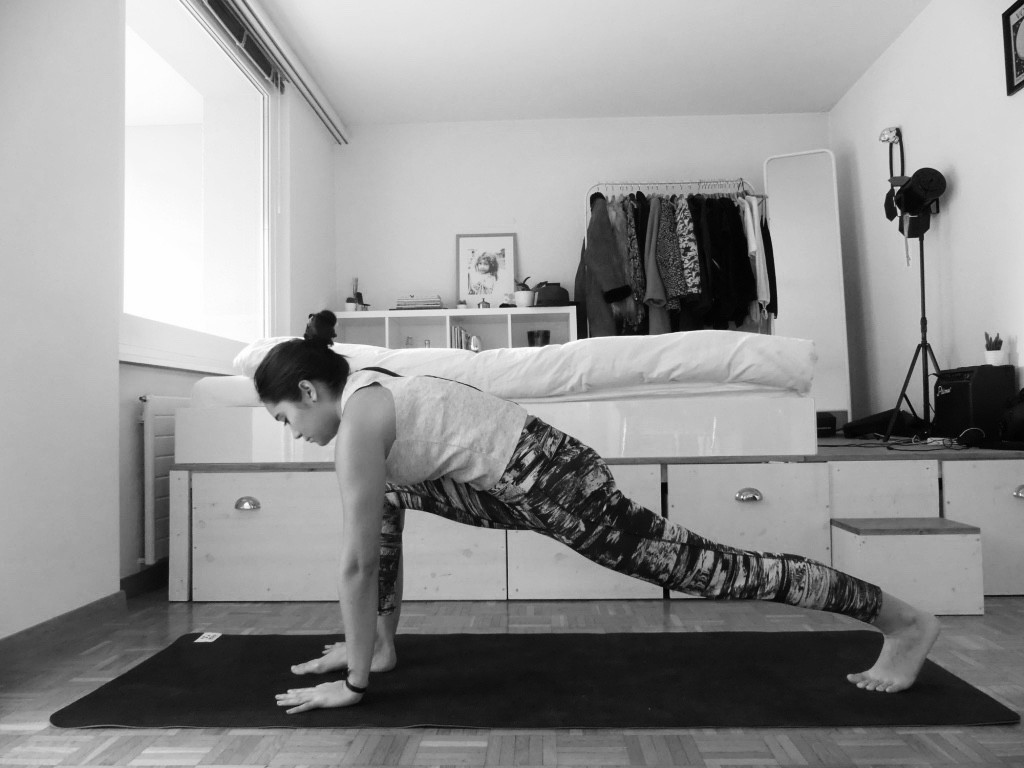 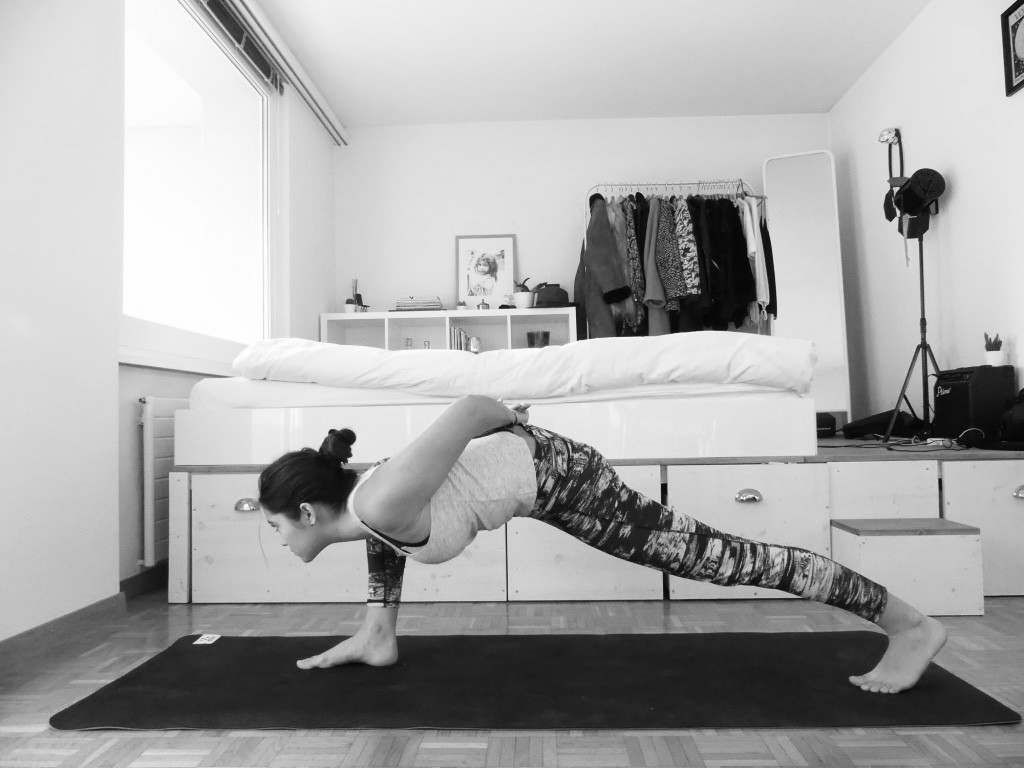 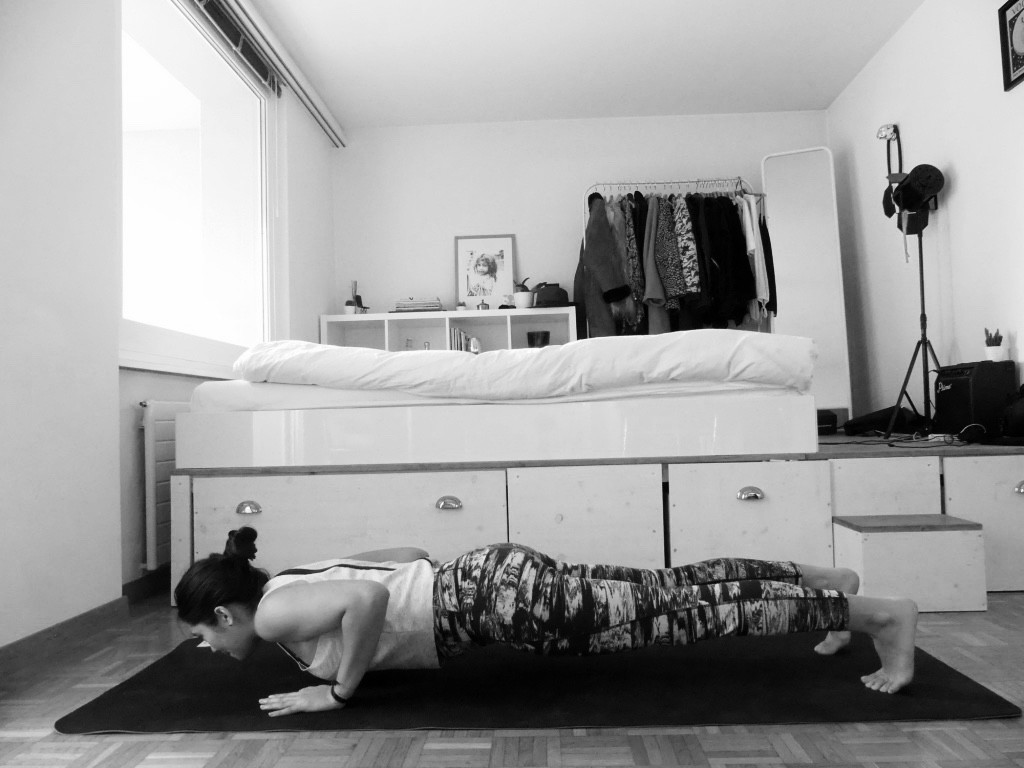 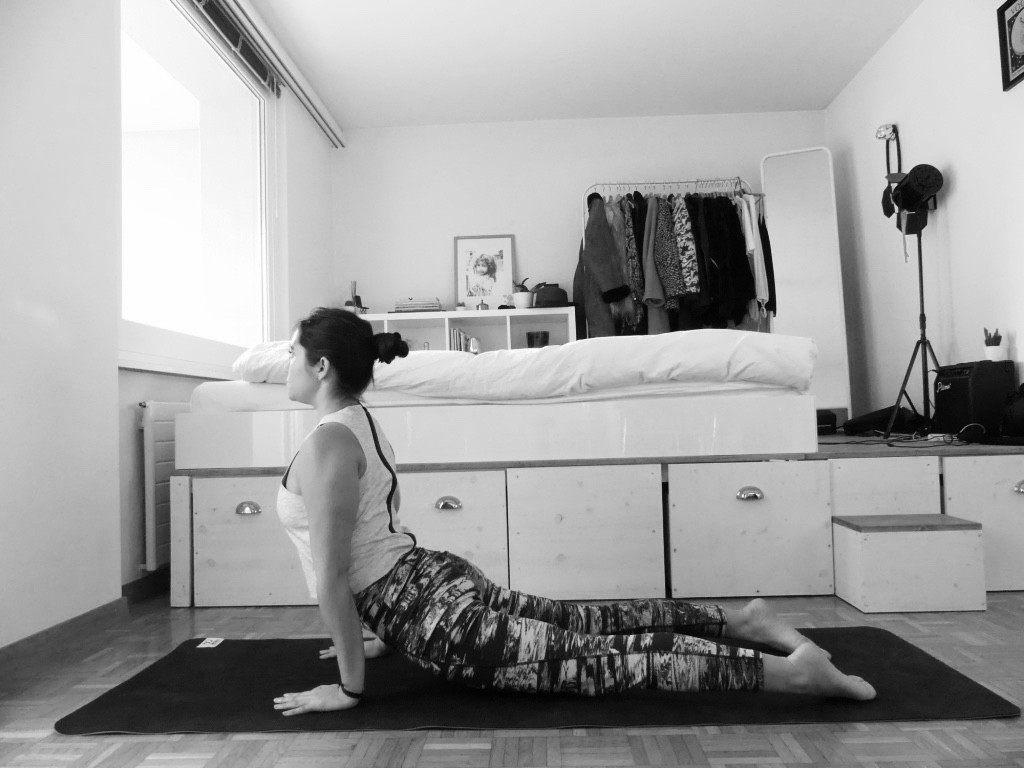 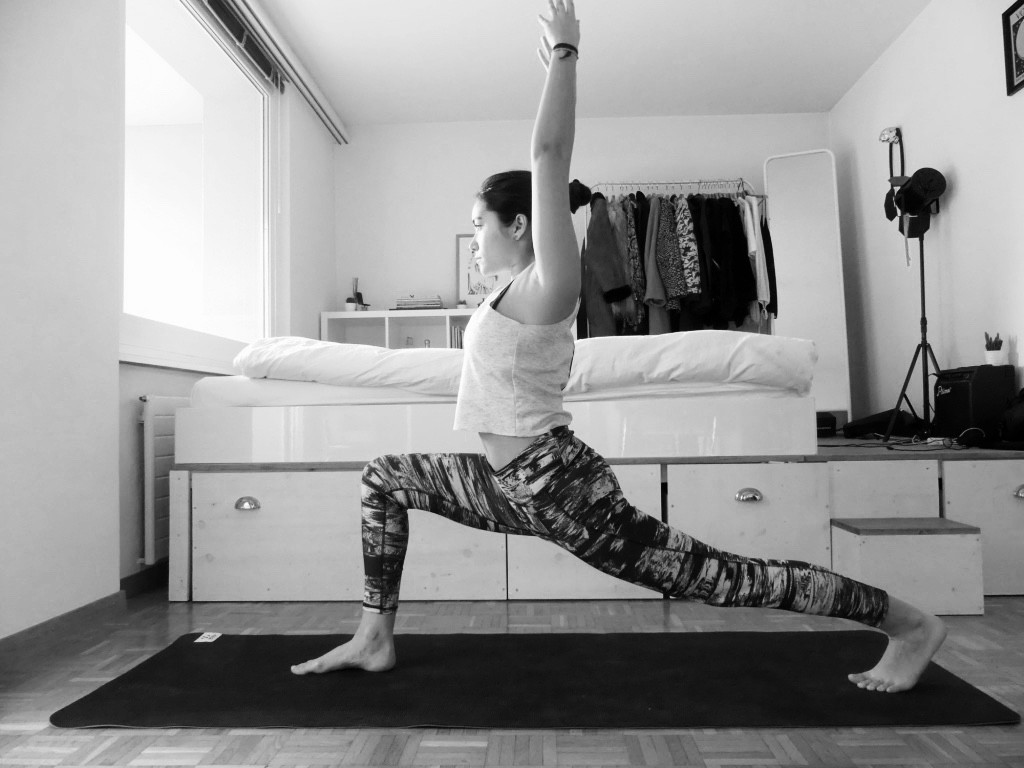 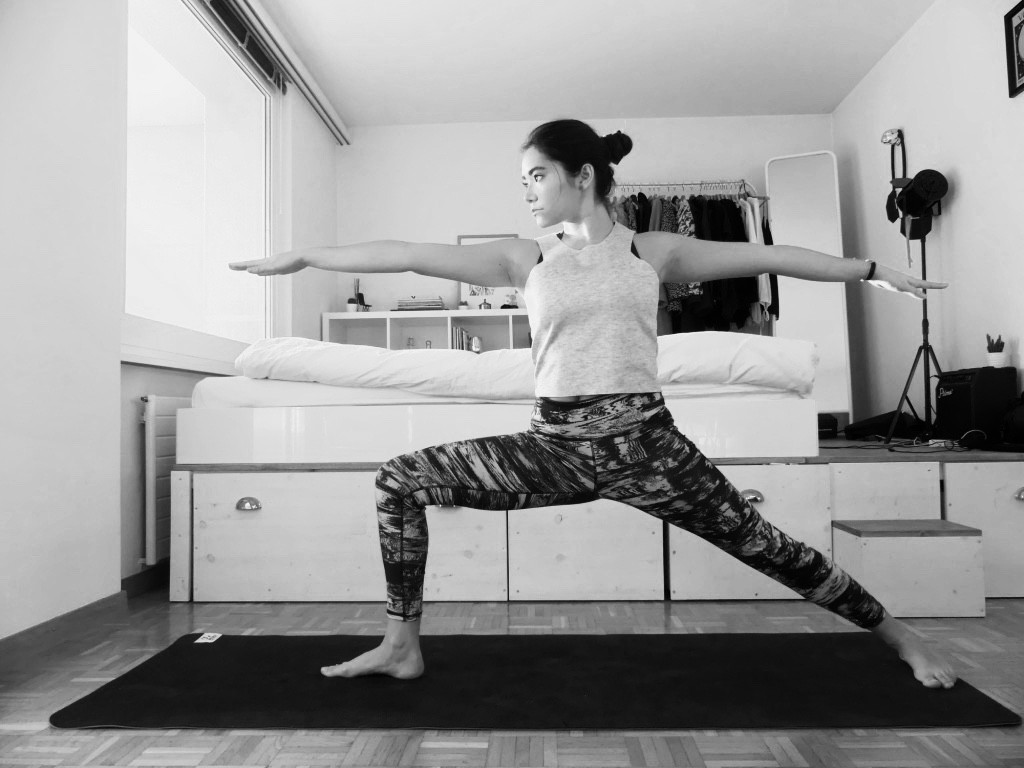 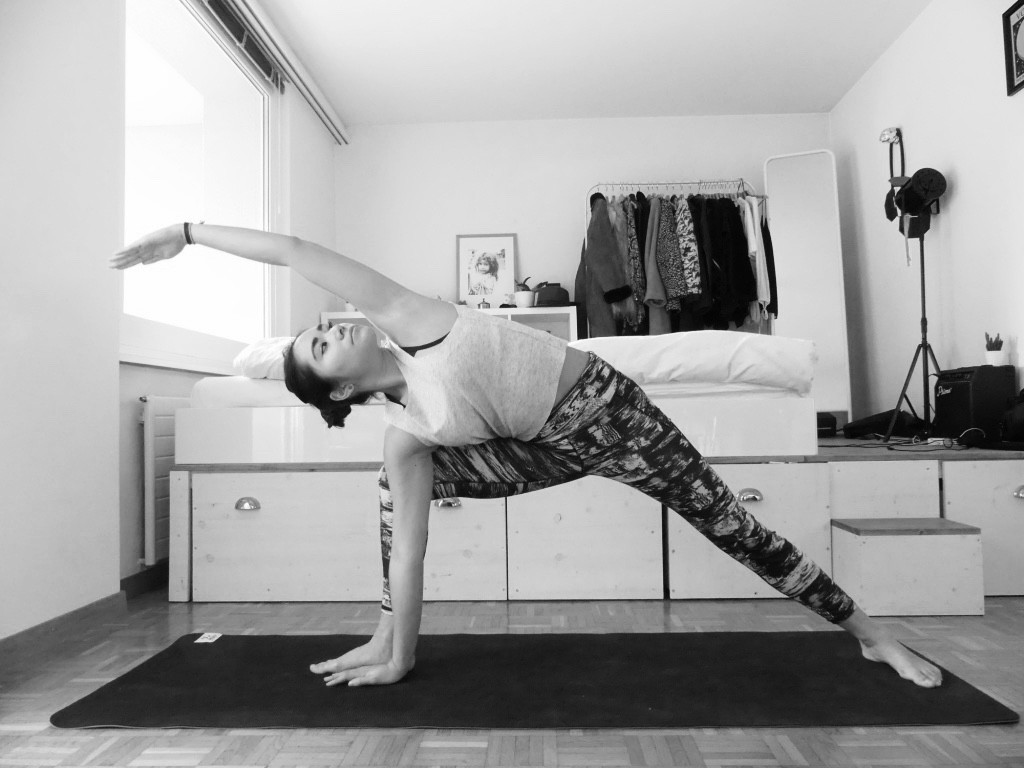 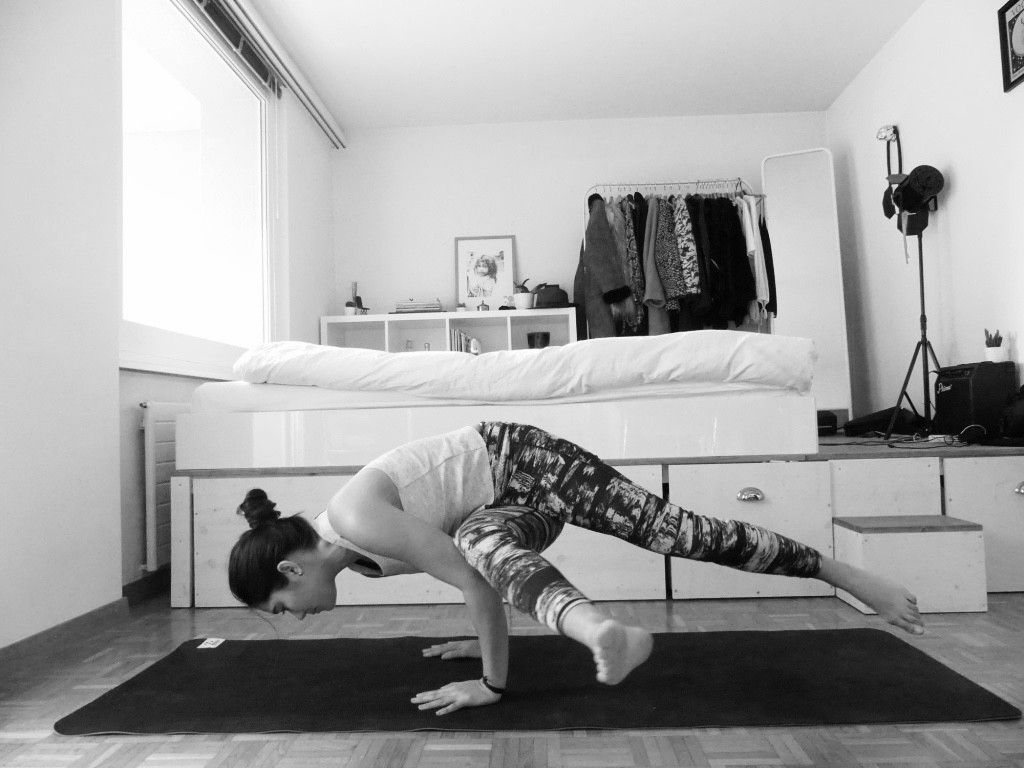 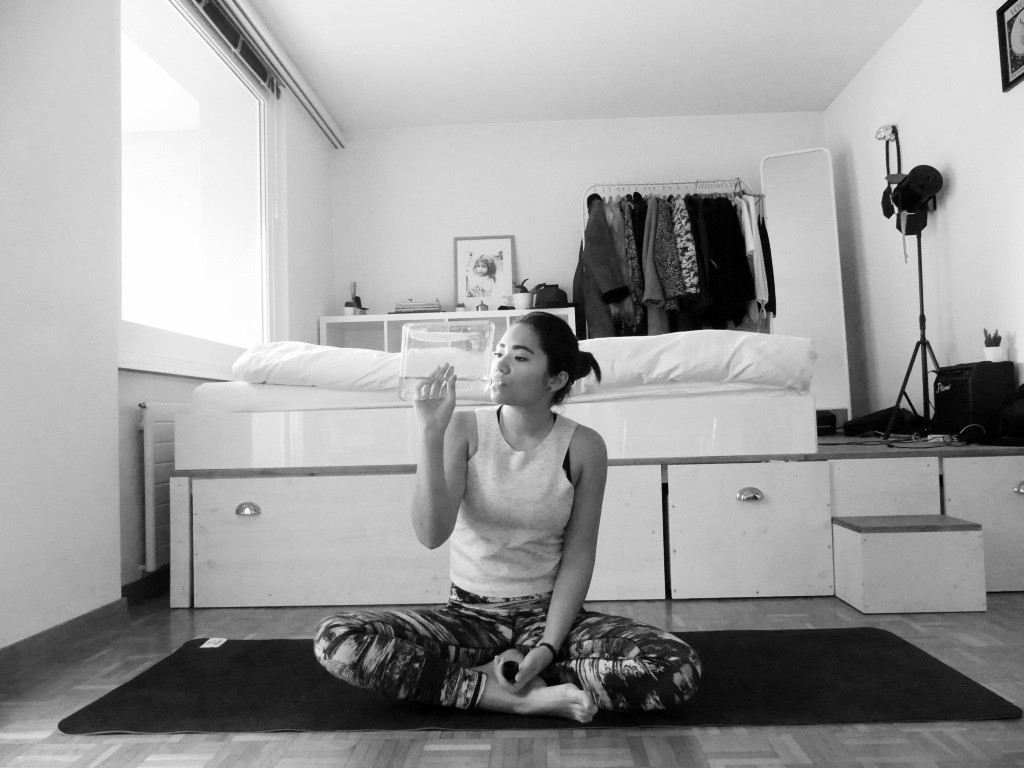 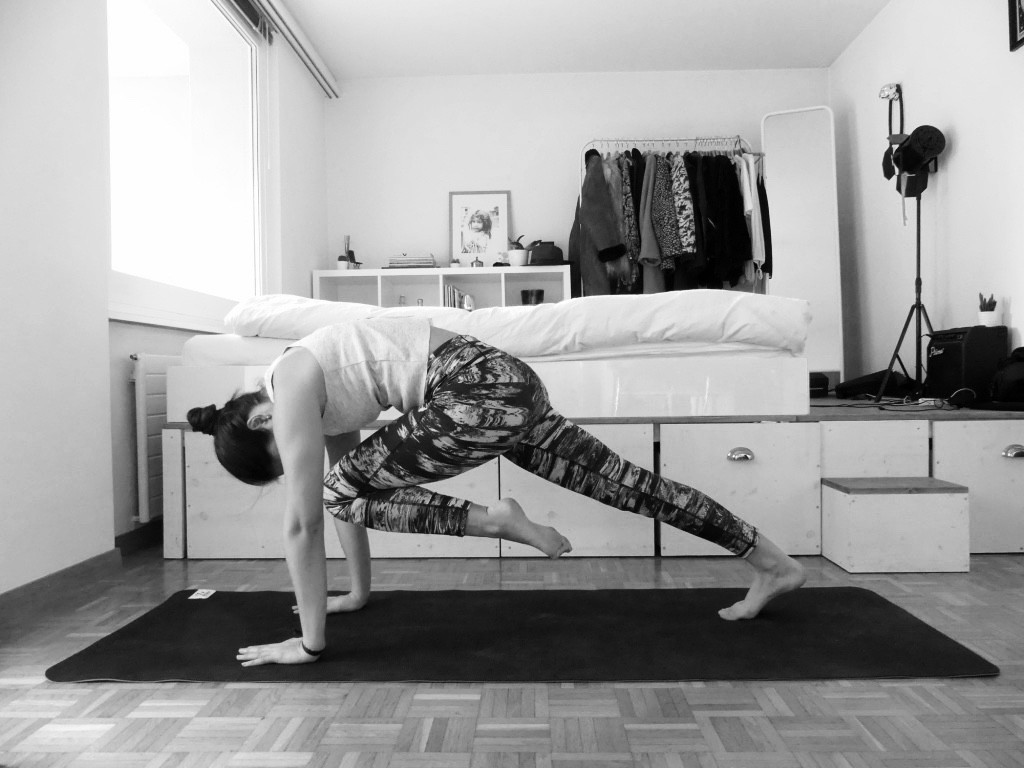 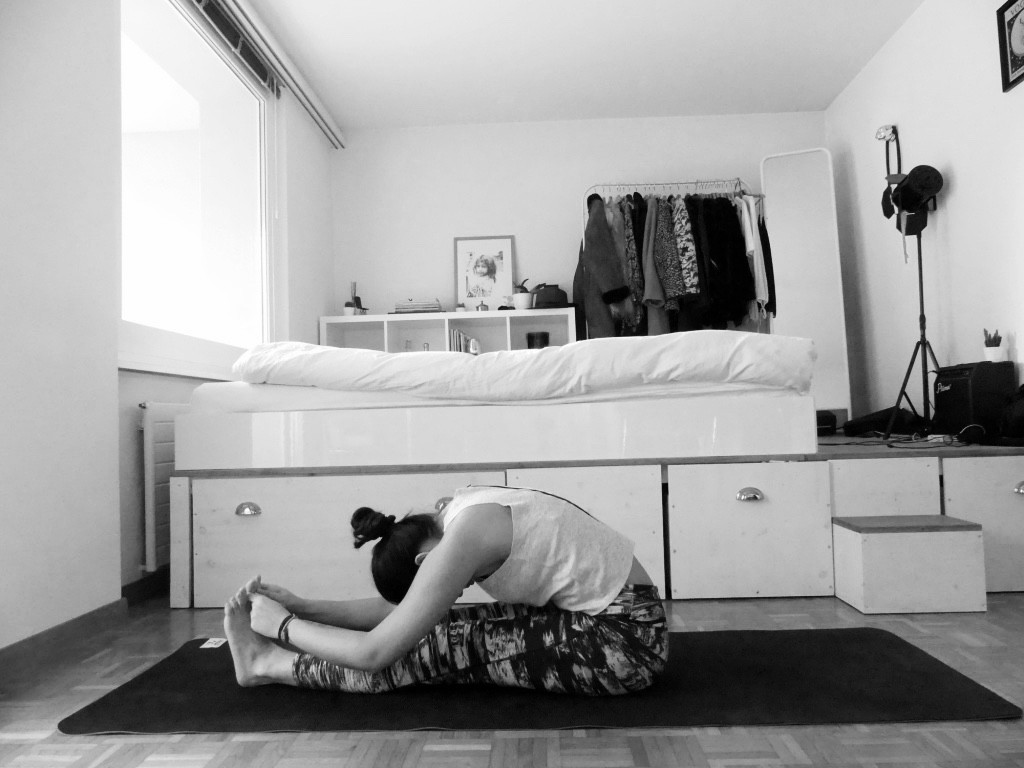 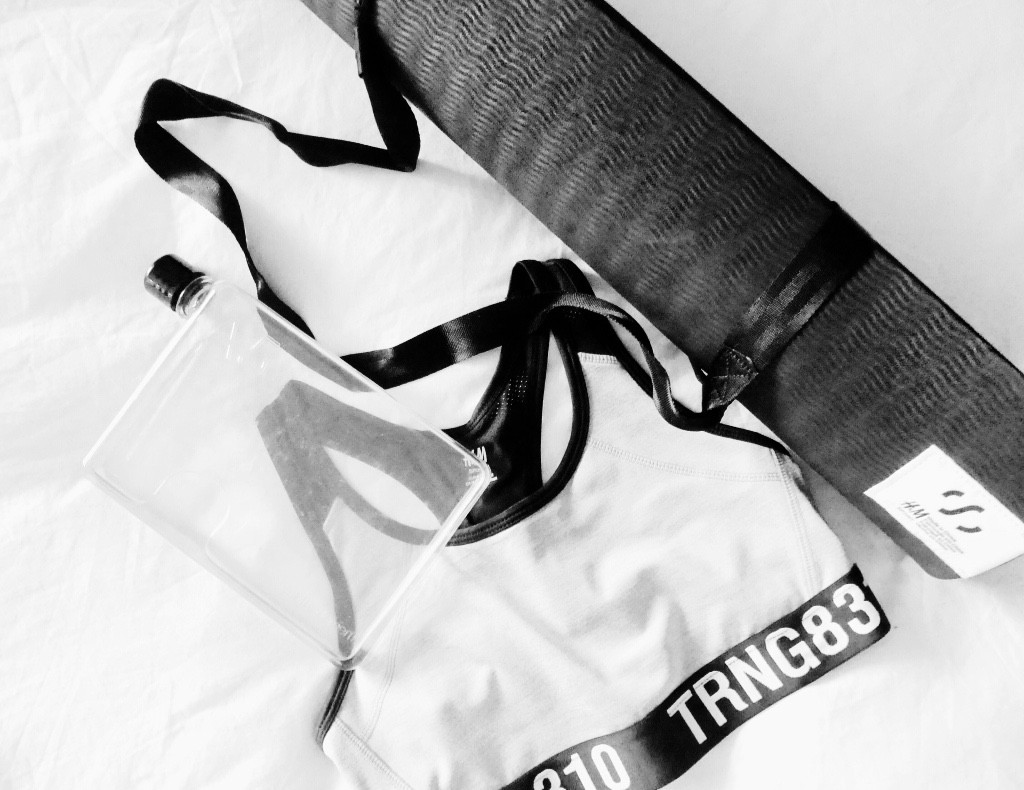 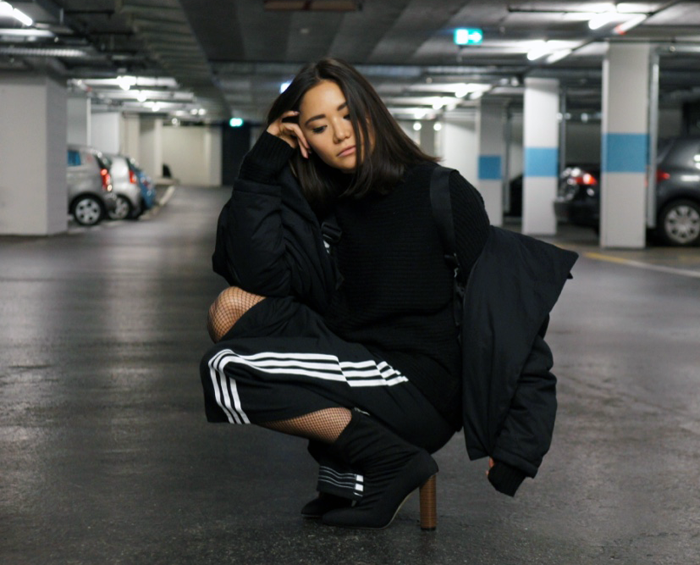 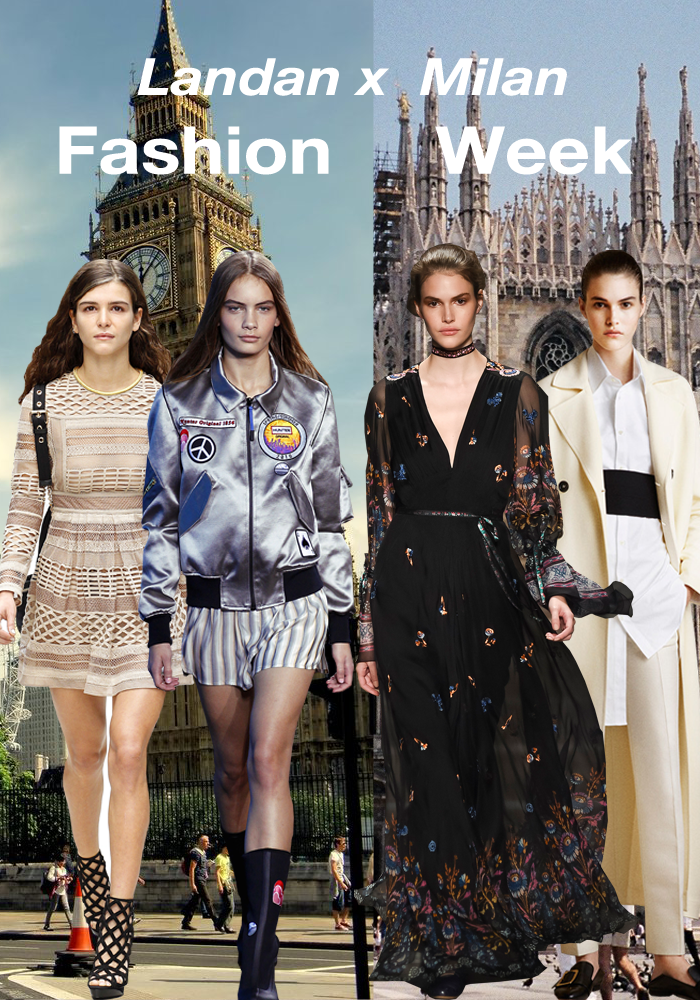 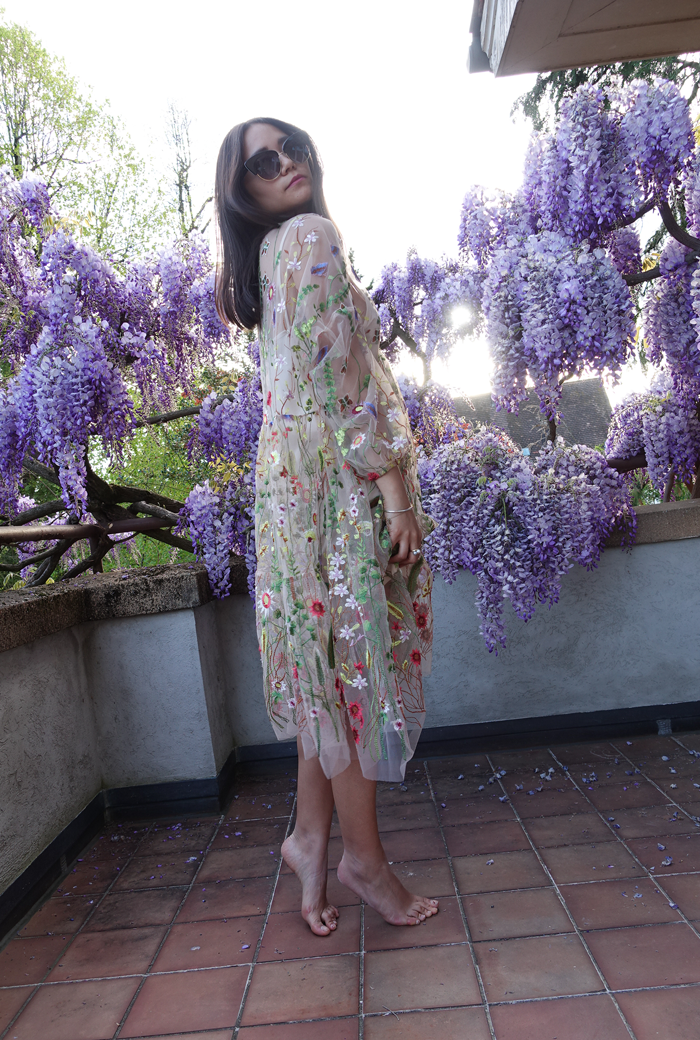